The headless statue of Joséphine


Offered by Napoléon III, this statue would have been placed right where a cannonball would have fallen on the feet of the future empress in 1790. Two centuries later, in 1993, some vandals cut it the head, probably blaming her for having incited Napoléon Bonaparte to re-establish the slavery in 1802. 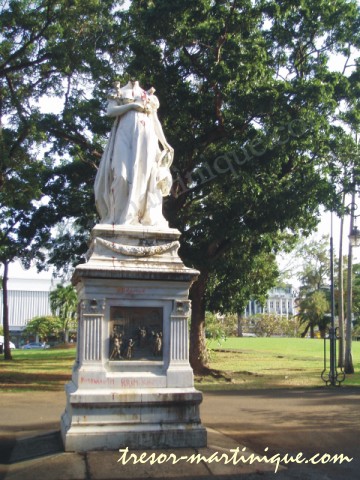